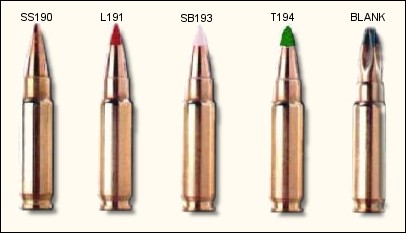 If we don't have this product in stock, please check our Federal 5.7x28 ammo here: https://www.the-armory.com/shopsite_sc/store/html/5-7x28mm-40gr-fmj-american-eagle-federal-ammo-box-50-rds.html

From Fabrique Nationale Herstal (FNH), this ammo is a 28-grain hollow-point, lead free round for use on ranges where lead may be an environmental concern. Boxer primed and reloadable.

The 5.7 x 28 mm cartridge was designed for pistols, submachine guns, personal defense weapons and carbines.  It was developed by Fabrique Nationale Herstal (FN Herstal), Belgium and primarily marketed to European militaries for use by vehicle crewmen, artillery personnel and combat engineers and as a military and law enforcement round that has more effective performance against modern body armor when compared with traditional pistol caliber ammunition.  The ammo for the civilian market WILL NOT penetrate Level IIA and Level IIIA Kevlar, Kevlar 129 or Spectra vests, contrary to popular myth put originated by misguided politicians and gun control advocates trying to advance their agenda.  Ballistically, the 5.7 round is very similar to the .22 WMR (Winchester Magnum Rimfire) round.

The 5.7x28mm rounds are bottle-necked cartridges with .224 inch (5.7 mm) bullets and come in several versions.  5.7 ammunition is characterized by high muzzle velocity and low recoil, and were designed to be more effective against modern body armor when used in pistols, submachine guns, or carbines.

The following is a list of  ammunition (both current and discontinued) manufactured for the 5.7 x 28mm caliber.  The civilan rounds are listed first.

The SS195LF (LF denotes lead-free) cartridge features a lead-free primer, and lead-free bullet with similar ballistics to the SS192 round.  It features a .224 inch (5.7 mm, same diameter as .223 Remington) 28-grain (1.77 g) copper-jacketed, aluminum-core bullet.  The SS195LF cartridge may be identified by the unmarked, hollow void at the tip and the silver-colored lead-free primer. The silver-colored primer is the distinguishing feature from brass-colored primer of the now-discontinued SS190 round.  SS195LF is one of only two types of ammunition currently available to civilians.  Note: Some PS90 operators may experience intermittent problems with SS195LF lot FNB06C971-016.

The SS197SR is manufactured by Fiocchi under contract for FN Herstal.  The SS197 cartridge uses the same 40-grain (2.6 g) .224 inch (5.7 mm) Hornady V-Max projectile as the SS196SR, but it is loaded for a slightly higher muzzle velocity. The bullets have a blue-colored polycarbonate tip. The SS197SR boxes can be distinguished by their packaging with modern FN blue and black labels.  With the discontinuation of the SS196 round, SS197SR is now the one of the last two loads available to civilians.

The discontinued SS196SR cartridge was replaced with SS197SR.  Civilians can still purchase remaining lots of SS196SR. The SS196SR cartridge features a 40-grain (2.6 g), .224 inch (5.7 mm) diameter Hornady V-Max bullet. The polycarbonate tip in the V-Max bullet enhances expansion of the bullet. The red colored tip differentiates the SS196SR from the blue colored tip of SS197SR.

The SS192 round features a copper-jacketed hollow point (HP) bullet.  SS192 ammunition uses a 28-grain (1.8 g) unmarked hollow tip, with an aluminum core. SS192 can be differentiated from SS195LF (lead-free; see below) by the brass-colored primer. Production of this round has been discontinued, and it has been replaced by SS195LF.

The SS90 ball is an early prototype round. It used a lightweight 23-grain (1.5 g) full metal jacket bullet with a polymer core. Abandoned in 1994 in favor of the heavier SS190 projectile used in the SS190 Duty Round, which has greater potential for accuracy, penetration and is shorter and thus easier to fit in FN's Five-seveN pistol.

The SS190 AP ball FMJ is designated as Armor Piercing (AP) ammunition, designed to penetrate body armor.  Its sale to civilians is restricted and BATF mandates that FN stores the ammunition in a bonded warehouse and releases only upon sale to law-enforcement or military purchase order. The SS190 bullet has a steel penetrator and an aluminum core. It is interesting to note that the SS109 FMJ bullet is essentially of the same design, except it uses a lead core with a steel penetrator. The SS109 is frequently found in civilian-legal M855 loads sold as surplus or contract-overrun ammunition. FN Herstal has stated that the SS190 round will easily penetrate protections that stop normal pistol rounds, but will not penetrate protections that stop the 5.56 x 45 mm NATO round such as Level IIIA armor. The SS190 has demonstrated varying penetration depths of about 10 to 13 inches in gelatin testing by various agencies. The Royal Canadian Mounted Police Academy forensics laboratory tested SS190 fired out of a P90 into 10% ordnance gelatin, 10% gelatin covered with heavy clothing, and 10% gelatin covered with Level II soft armor. The average penetration depth in all test events was approximately 10.4 inches; the temporal wound cavity did not exceed 3.75 inches. Testing of the P90 done by Dr. Gary K. Roberts, DDS showed an average of 12 inches penetration in 10% ballistic gelatin. Houston, TX SWAT has also done testing with similar results. Many have asserted that these figures are not deep enough, as the current FBI minimum penetration depth is 12 inches in 10% ballistic gelatin.  The standard maintained by ATF is that the round is designed to fire from a pistol and civilian sales would be contrary to existing bans on armor piercing handgun ammunition.

The SS191 Tracer round contains combustible chemicals packed in the rear of the projectile that is ignited by the burning propellant of the fired round and creates a trail (or trace) visible up to 200 meters.  The SS191's ballistics are almost identical to those of the SS190.  SS191 tracer ammunition has a painted red tip. It was previously designated "L191". Its sale to civilians is restricted.

The SS193 cartridge features a 55-grain (3.6 g) Sierra Game King FMJBT (Full Metal Jacket Boat Tail) projectile. The SS193 was designed with low muzzle velocity, specifically to remain below the speed of sound to eliminates the distinctive "crack" created by supersonic rounds when used in conjunction with the P90 Gemtech sound suppressor. The SS193 suffers from greatly reduced penetration and range, but benefits from slightly lower recoil. SS193 subsonic ammunition is identified by a painted white bullet tip.  It was previously designated "SB193." Its sale to civilians is restricted.

The T194 training round is an early version of the SS192. Visually, it is the same as the SS192 but has a green tip and silver-colored primer. The bullet weight/velocity of the T194 are identical to the SS192 and the newer SS195. The T194 round was discontinued in 2002.


All FIREARMS (Rifles, Handguns, Shotguns and Receivers) will be shipped only to a licensed Federal Firearms Dealer upon receipt of an original signed copy of the license.
Average rating: