Be the first one to write a review
$124.99 in stock
76254RUSAMCAN
This item is currently out of stock. If you would like us to email you when it is back in stock, send along your email address...

Packed in an included FREE Used/Issued Milspec 50 Cal Ammo Can. These are genuine US Made [NOT made in China knock-offs]. Again they are also used/issued and have been fielded so they WILL have blemishes/scratches and may have minor rust but still work and seal just fine - Adds Character! Markings and condition will be random. All packages are inspected prior to being packed in the ammo can in a humidity controlled room. 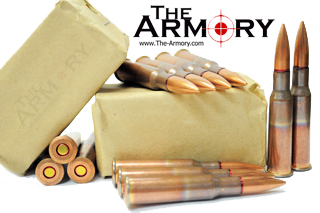