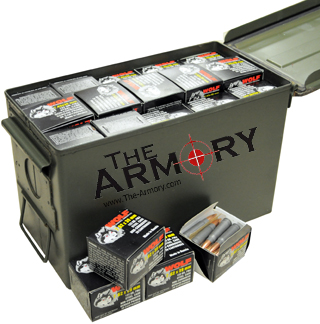 Be the first one to write a review
$219.99
7.62X39WOLFFMJAC
This item is currently out of stock. If you would like us to email you when it is back in stock, send along your email address...

7.62x39mm manufactured in Russia by the Ulyanovsk Cartridge Works factory in 2009-10 but was withheld due to contractual issues with the factory and Wolf. While packaged in a Wolf box and assembled using cases with the "Wolf" head stamp, it does not carry the 100% Satisfaction Guarantee from Wolf due to this. The ammo itself is good to go and shoots just as good as modern production ammo from Wolf.

Used/Issued Milspec 50 Cal Ammo Can. These are genuine US Made [NOT made in China knock-offs]. Again they are also used/issued and have been fielded so they WILL have blemishes/scratches and may have minor rust but still work and seal just fine - Adds Character! Markings and condition will be random. 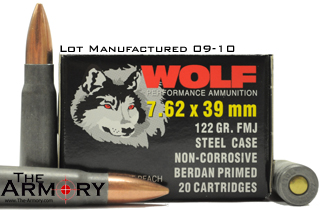